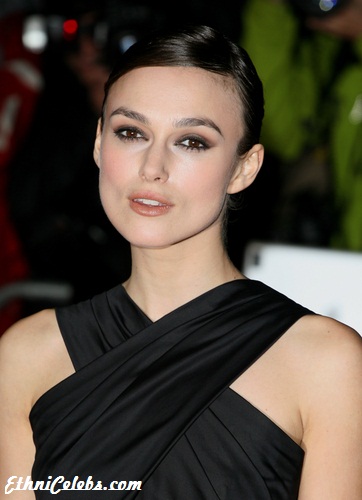 Knightley in 2011, photo by Featureflash / Shutterstock.com

Keira Knightley is a British actress. She is known for her films Pirates of the Caribbean, Love Actually, King Arthur (2004), Domino, Pride & Prejudice, Never Let Me Go, Seeking a Friend for the End of the World, Anna Karenina (2012), The Imitation Game, and Silent Night (2021), and television’s Doctor Zhivago (2002), among other works.

Keira is the daughter of actress and playwright Sharman MacDonald and actor Will Knightley (Kevin William Knightley). Her father is English. Her mother, who was born in Glasgow, Scotland, is of Scottish and Welsh ancestry. Her brother, Caleb Knightley, has also worked in film. Keira is married to musician James Righton, with whom she has two children.

She was meant to be named Kiera, after Russian figure skater Kira Ivanova. Her mother misspelt the name when registering her birth.