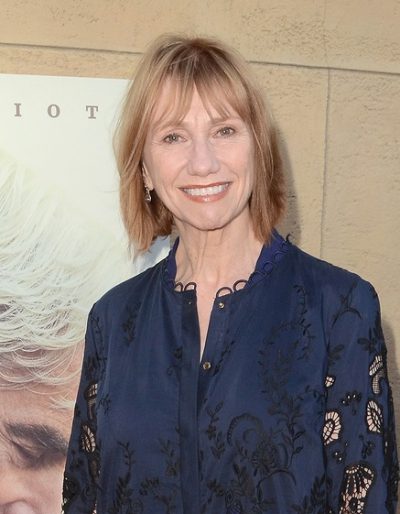 Baker in 2017, Photo by kathclick /www.bigstockphoto.com/

Kathy Baker is an American actress.

She is the daughter of Helene Andree and John Seaward Baker, a geologist and educator. Her mother was born in France, to an American father and a French mother. Kathy is married to director and producer Steven Robman. She has two children with her former husband Donald Camillieri.

Kathy’s paternal grandmother was Theodoria Muldaur (the daughter of George Barton Muldaur and Caroline Theodora Southmayd). Kathy’s grandmother Theodoria was born in New York. George was the son of Alonzo Washington Muldaur and Elizabeth Helen Sayre. Caroline was the daughter of John A. Southmayd and Ellen W. Dayton. It appears that Kathy’s great-great-grandfather Alonzo’s father, John Maurice Muldaurowizch, was born in Poland, the son of Thomas Anthony Muldaurowizch and Serafina Markiewiczcova, and lived in Puerto Rico.

Kathy’s maternal grandfather was John Boardman Whitton (the son of Charles Francis Whitton and Helen Scott Blakeslee). John was born in California. Charles was the son of Abel Whitton and Ann Boardman Riley. Helen was the daughter of Samuel Valentine Blakeslee and Sarah Parker Wakefield.