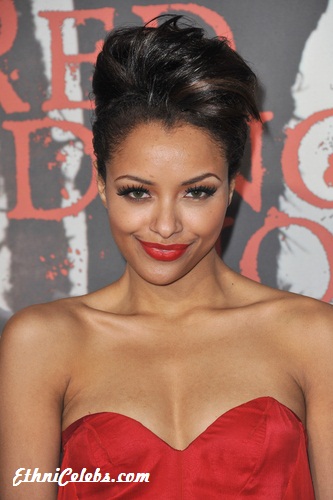 Kat Graham, also credited as Katerina Graham, is an American actress, singer, dancer, and model. She is famous for appearing on will.i.am’s track I Got It From My Mama. She was born in Geneva, Switzerland, and grew up in California, U.S.

Kat’s father, Joseph Hartford Graham, is Americo-Liberian. Her mother, Natasha, is Jewish, from a family that emigrated from Poland and Russia. Kat was raised in her mother’s faith, and attended Hebrew School. She can speak Hebrew.

Kat’s paternal grandfather was Joseph Graham, a U.N. Ambassador, serving for 40 years in the Netherlands, Sweden, Romania, and Kenya.