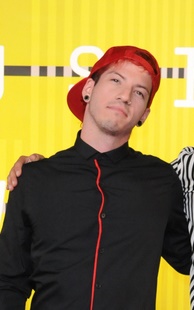 Josh Dun is an American musician. He is the drummer of musical duo Twenty One Pilots, in which he works with Tyler Joseph. He is married to actress and singer Debby Ryan.

He is the son of Laura and William Dun.

Josh’s patrilineal ancestry can be traced back to his tenth great-grandfather, Richard Dunn.

Josh’s paternal grandfather was Earl Owen Dun (the son of William Sells Dun and Bonnie A. Smith). Earl was born in Ohio. William was the son of William Earl Dun and Julia Crites. Bonnie was the daughter of Lewis Randolph Smith and Melda Ethel Reno.

Josh has stated that he is a great-great-great-grandson of Edwin Dun, an American rancher, and Tsuru, his Japanese wife. Edwin advised the Japanese government on modernizing agriculture, and was an o-yatoi gaikokujin in Hokkaidō, a Japanese island, under the Hokkaidō Development Commission (Kaitakushi). However, at least through his patrilineal line, this is not accurate. Josh’s paternal great-great-great-grandparents were William E. Dun and Anna Elizabeth “Betsy” Hayes. Josh is a second cousin, four times removed, of Edwin Dun.

Sources: Genealogy of Josh Dun (focusing on his father’s side) – https://www.geni.com