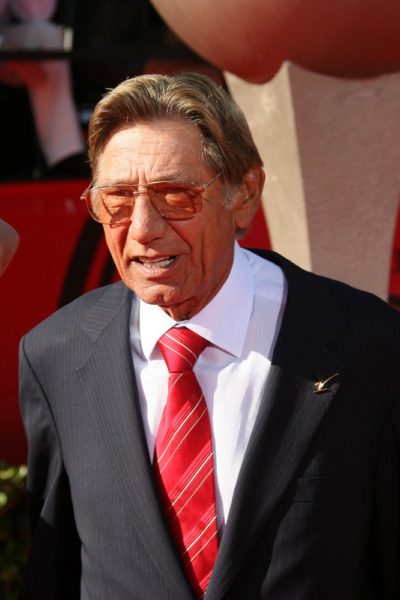 Namath in 2010, photo by Prphotos.com

Joe Namath is an American football quarterback and actor. He is nicknamed Broadway Joe. He was voted Super Bowl MVP for Super Bowl III (1969).

Joe is the son of Rose E. (Juhasz) and John Andrew Namath. His father was born in Hungary. His mother was born in Pennsylvania, of Hungarian descent. Joe has two children with his former wife, Deborah Mays.