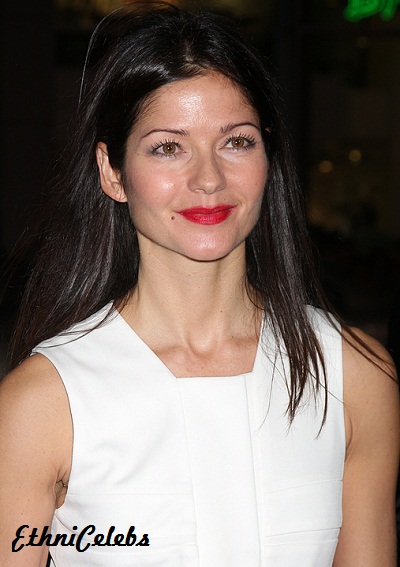 Hennessy in 2012, image via kathclick/bigstock.com

Jill Hennessy is a Canadian actress and musician. She is known for her roles on the television series Law & Order and Crossing Jordan.

Jill is the daughter of Maxine and John Hennessy. Her sister is Jacqueline Hennessy, a journalist, television host, and actress. She is married to Paolo Mastropietro, with whom she has two children.

Jill has said that her mother is mainly a “Ukrainian Gypsy.” Jill’s mother has German and Ukrainian ancestry. It appears that Jill may not have been referring to Romani people in her statement, rather using “Gypsy” as a term for a lifestyle.

Jill’s maternal grandfather was Harry Dearing (the son of Mack Frederick Dearing and Elsie Bertha Zielke). Harry was born in Alberta. Mack’s mother was German. Elsie was born in Alberta, the daughter of ethnic German parents from Poland, Martin Carl Zielke/Zeilke/Zilka and Christina/Christine.

A picture of Jill with her mother can be seen here.