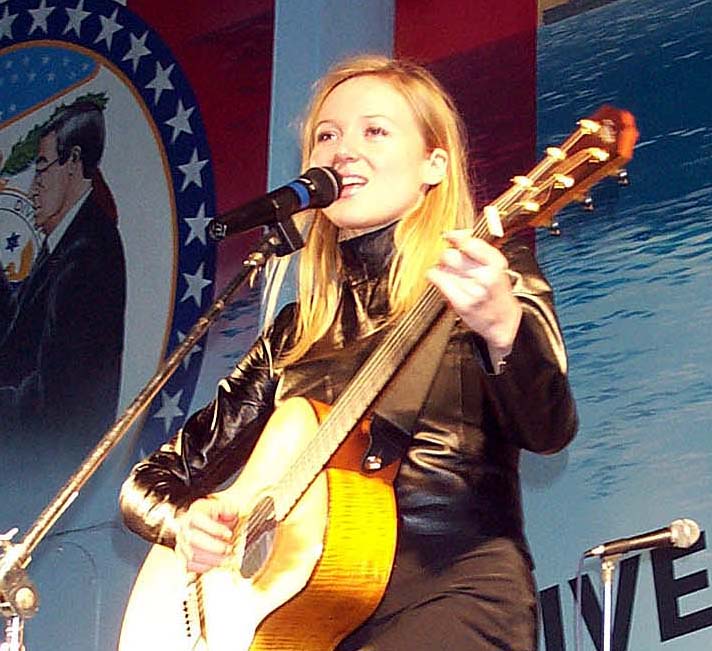 She is the daughter of Lenedra J. “Nedra” and Atz Kilcher. Her paternal grandparents were Swiss, of Swiss-German descent. Her mother has English, German, and some Scottish and Irish, ancestry.

Jewel grew up in Homer, Alaska, on a homestead which was founded by her Swiss grandfather. She learned to entertain herself by singing and reading books. She has stated that she would sometimes wear lederhosen and yodel during performances, because of her Swiss roots.

Jewel has a son with her former husband, pro rodeo cowboy Ty Murray.

Jewel’s paternal grandfather was Yule Julius Jacob Kilcher (the son of Edwin Otto Kilcher and Lina Alter). Yule was born in Laufen, Canten of Basel, Switzerland, and was of Swiss-German descent. Yule was a state legislator and delegate to the Alaskan Constitutional Convention. Edwin was the son of Jacob Kilcher and a mother surnamed Hanggi.

Sources: The Guardian interview with Jewel, which mentions her Swiss roots – http://www.guardian.co.uk

Genealogy of Jewel (focusing on her mother’s side) – http://worldconnect.rootsweb.ancestry.com