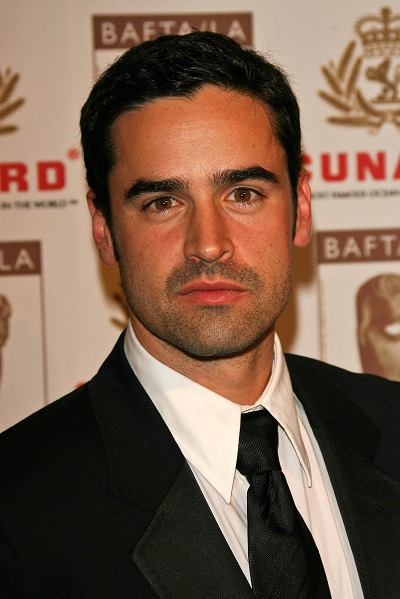 Bradford in 2006, photo by s_bukley/Bigstock.com

Jesse Bradford is an American actor. His films include King of the Hill (1993), Far from Home: The Adventures of Yellow Dog, Hackers, William Shakespeare’s Romeo + Juliet, Speedway Junky, Cherry Falls, Bring It On, According to Spencer, Clockstoppers, Swimfan, Happy Endings, Heights, Flags of our Fathers, The Echo, and The Year of Spectacular Men, among others.

He is the son of actors Terri/Terry Porter and Curt Watrouse (Curtis Allyn John Watrouse). Jesse is married to actress Andrea Leal, with whom he has a daughter.

Jesse’s patrilineal line can be traced to Jacob Waterhouse, who was born, c. 1606, in England. The surname was changed to Watrouse over time, and the family moved to Colonial America in the 1600s.

Jesse’s paternal grandfather was Curtiss Baldwin Watrouse (the son of Allyn Edward Watrous and Lucy Adelaide Baldwin). Curtiss was born in New York, and was of mostly English descent. Allyn was the son of Fredis/Fredus Griswold Waterhouse and Mary Ann Fish. Lucy was the daughter of Joel Baldwin and Nancy Maria Winegar.

Jesse’s maternal grandmother is Noel M. Lucksho (the daughter of Johan/John Kristoffer Lucksho/Luksho/Luchsho and Lena Mettrock). Noel was born in Connecticut. John was the son of Polish emigrants, from the Austro-Hungarian Empire, Andras/Andrew Lucksho/Luckjaw, from Wojkowa, and Mary Josinsky/Jasinsky. Lena was the daughter of George Mettrock and Pauline Helichak, who were also from the Austro-Hungarian Empire, and were likely of Polish descent.

Sources: Genealogies of Jesse Bradford (focusing on his father’s side) – http://familytreemaker.genealogy.com
https://www.geni.com

Genealogy of Jesse’s paternal grandfather, Curtiss Baldwin Watrouse (focusing on his own father’s side) – http://worldconnect.rootsweb.ancestry.com