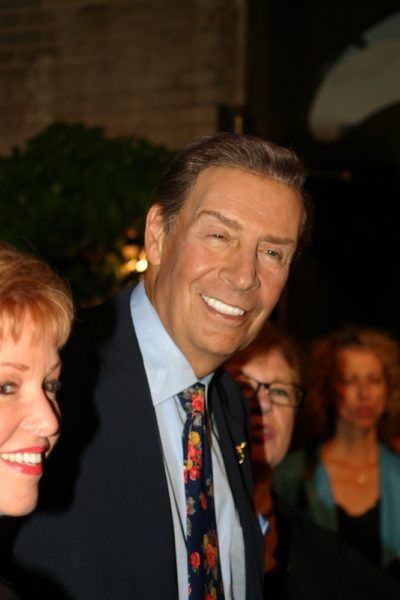 Jerry Orbach was an American actor and singer. He was a renowned Broadway performer, and was also known for his roles in the films Prince of the City, Dirty Dancing, Crimes and Misdemeanors, and Disney’s Beauty and the Beast (1991), and the shows Murder, She Wrote, The Adventures of the Galaxy Rangers, and Law & Order, among other works.

He was the son of Emily C. (Olexy), a greeting card manufacturer and radio singer, and Leon Orbach, a restaurant manager and vaudeville performer. His father was a Jewish emigrant, born in Szczecinek, West Pomeranian Voivodeship, Poland. Jerry’s mother was born in Pennsylvania, to Polish-Lithuanian (Catholic) parents. Jerry was raised Catholic. He was raised in many mid-west and east coast cities, including Mount Vernon, New York, Wilkes-Barre, Nanticoke, and Scranton, in Pennsylvania, Springfield, Massachusetts, and Waukegan, Illinois.

He was married to stage and musical theatre actress and director Elaine Cancilla Orbach, until his death. He had two children, including actor, singer, and songwriter Chris Orbach, with his former wife Marta Curro.

Jerry had evidently stated that his father had Sephardi Jewish ancestry. It is not clear if this is accurate.

Jerry’s maternal grandmother was Suzanne/Susanna Sophia Klaube/Klauba/Klonla (the daughter of Stanley Klauba and Ursula Butkus). Suzanne was a Catholic emigrant, from Lithuania. Stanley was the son of John Klauba and Elizabeth Swentecki.

The book Jerry Orbach, Prince of the City, 2011, by John Anthony Gilvey, states that “Susanna’s mother [Jerry’s matrilineal great-grandmother] was a Jewish orphan who had been raised by a Lithuanian Catholic family.” It is not clear if this information has been verified/documented.