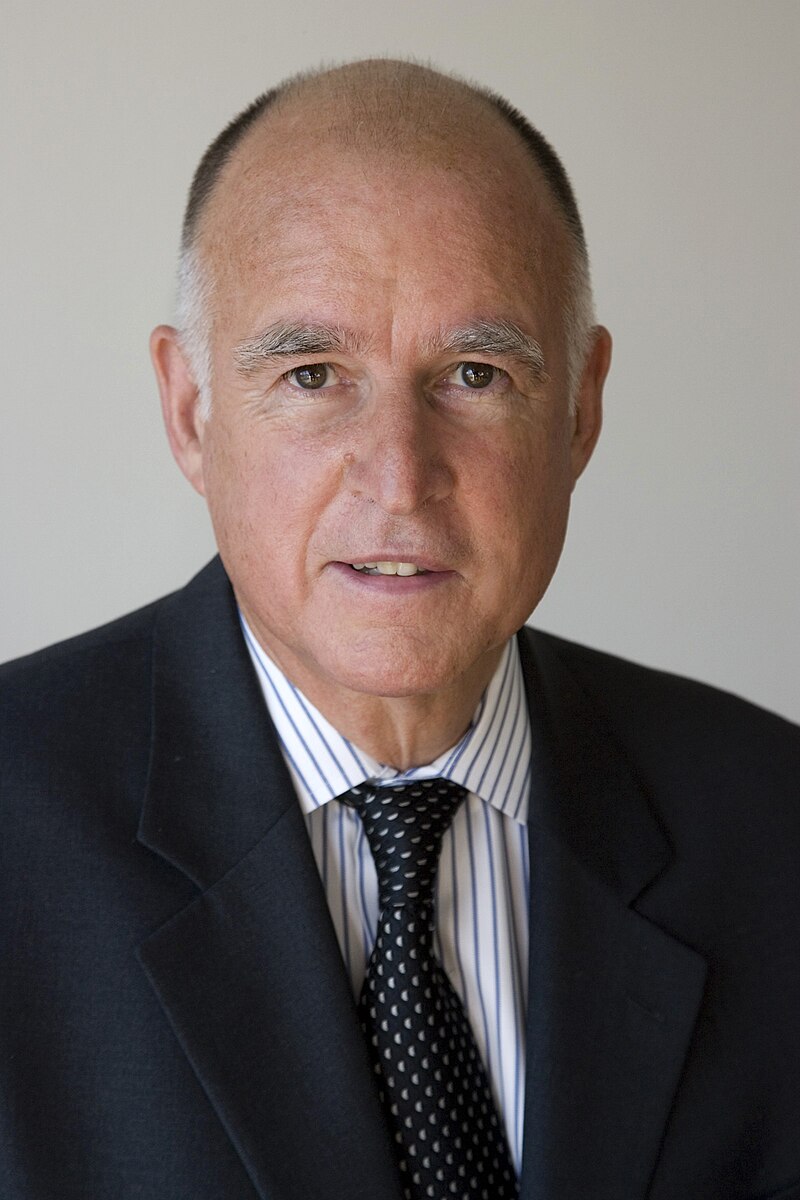 Jerry is the son of Bernice E. (Layne) Brown and Pat Brown (Edmund Gerald Brown), who was also Attorney General of California, from 1951 to 1959, Governor of California, from 1959 to 1967, and a candidate for the Democratic Party’s presidential nomination, in several cycles. Jerry is married to business executive Anne Gust.

Jerry’s paternal grandfather was Edmund Joseph Brown (the son of Joseph Brown and Bridget Burke). Edmund was born in California, to Irish parents, from County Tipperary. Jerry’s great-grandfather Joseph was the son of Michal Brown and Johanna. Bridget was the daughter of Edmund Burke.

Jerry’s paternal grandmother was Ida Schuckman (the daughter of August Schuckman and Augusta A. Feidler). Ida was born in California, to German parents. August was from Lippe. Augusta was the daughter of Franz Feidler, or of Mathias Fiedler and Helena Schuerhoff.

Jerry’s maternal grandfather was Arthur Daniel Layne (the son of James Robert Layne and Catharine “Kate” J. McCall). Arthur was born in Texas. Catharine was the daughter of Daniel McCall and Miriam Beck.

Source: Genealogy of Jerry Brown (focusing on his father’s side) – https://www.geni.com