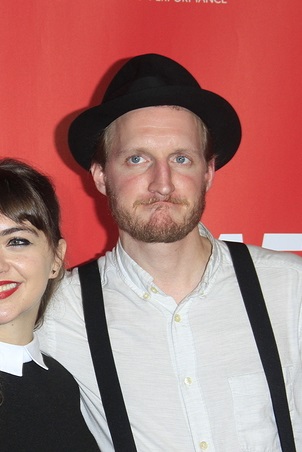 Jeremiah Fraites is an American musician, composer, song-writer, and multi-instrumentalist. He is the drummer of the folk rock band The Lumineers. Other members of the band are Neyla Pekarek and Wesley Schultz.

Jeremiah is the son of Kathleen “Kathy” (Sayre) and Joel Ira Fraites. He is married to Francesca.

Jeremiah’s maternal grandfather was Thomas Robert Sayre (the son of Louis James Sayre and Gertrude Elizabeth Simkins). Thomas was born in New Jersey. Louis was the son of Edwin Wetheril Sayre and Maria Leaming Crowell. Gertrude was the daughter of Jonathan Simkins and Ella Long Fredericks.