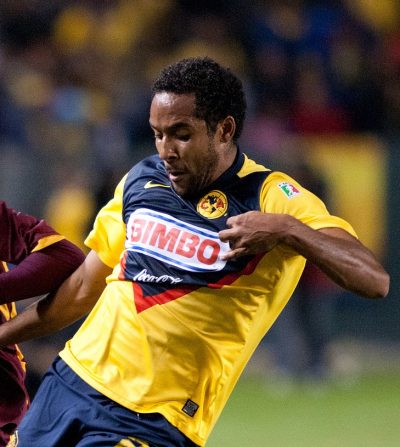 Beausejour in 2010, photo by Photo Works/Bigstock.com

Jean Beausejour is a Chilean professional footballer. He has played in various clubs in Europe and Latin America, and is a member of the Chilean national team.

His father, Jean Coty Beausejour, is a Haitian of African descent, who worked for the United Nations. His mother, Viviana Coliqueo Collipay, is Chilean, of Mapuche ancestry, whose parents migrated from rural Araucania to Santiago. Jean was raised by his mother’s family, in Villa Carmelitas, Estación Central, in the Santiago Metropolitan region.

Jean identifies with his Mapuche heritage. He stated that he has faced more discrimination for being Mapuche than for his African ancestry.

Jean is married to Karina Ugarte, with whom he has two children.

One of Jean’s great-great-grandfathers was also named Andrés Coliqueo. A community in Freire, Chile was named after him, as seen here.