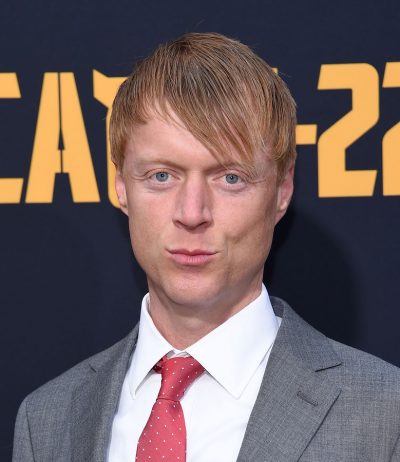 Paulson in 2019, Photo by DFree/www.bigstockphoto.com/

Jay Paulson is an American actor.

He is married to Courtney, with whom he has two children.

Jay’s paternal grandmother was Mary Ann Grady (the daughter of Louis Joseph Grady, Sr. and Audrey Marie Parish). Mary Ann was born in Missouri. Louis was the son of Irish emigrants, from Dublin, Francis Ignatius Grady and Elizabeth M. O’Connor. Audrey was the daughter of Charles David Parish, whose parents were born in New York, and of Margaret Ann McCloskey, whose parents were Irish, her father from Lough Emy, County Monaghan.

Jay’s maternal grandfather was Paul Joseph Hughes (the son of Edward Francis Hughes and Mary Gertrude Waters). Edward and Mary were born in Pennsylvania, both of them to Irish parents.

Jay’s maternal grandmother was Glena Mae Capen (the daughter of Lester Edwin Capen and Mae Catherine Draney). Lester was the son of Orlando Edwin Capen, who was of English descent, and of Nellie Marie O’Connor, whose parents were Irish. Mae was the daughter of Michael William Draney, who was born in Canada, to Irish parents; and of Elizabeth Moriarty, whose parents were Irish.