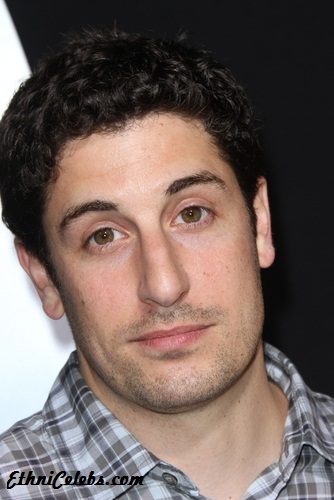 Biggs in 2011, photo by s_bukley / Shutterstock.com

Jason Biggs is an American actor and comedian. He is known for playing Jim Levenstein in the American Pie films.

Jason is the son of Angela (Zocco) and Gary Biggs. His father is of half English and half Italian descent, and his mother is of Italian {Sicilian) ancestry. Jason stated on Kevin Pollak’s Chat Show in 2012 that his paternal grandmother’s family was from Naples. Jason was raised in a Catholic home.

Jason is married to actress and writer Jenny Mollen, with whom he has two children.

Jason’s paternal grandmother was Assunta “Susan”/”Suzie” Furno (the daughter of Luigi/Louis Furno and Marie/Maria Giuliano). Assunta was born in New Jersey, to Italian parents. Marie was the daughter of Salvatore Giuliano, whose parents were from Barga, Lucca, Tuscany, and of Vincenza Capozzo/Capuozzo, who had ancestry from Campania.

Although he has played several Jewish characters, Jason is not of Jewish heritage.