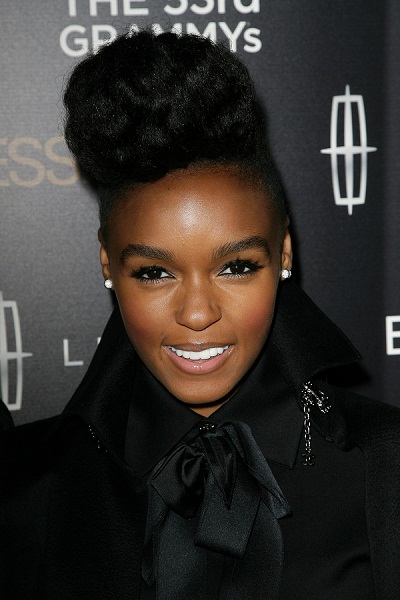 Monáe in 2011, photo by s_bukley/Bigstock.com

Janelle’s parents, Janet and Michael Robinson Summers, are both black.

Janelle’s paternal grandmother was Sharon Robinson (the daughter of Macon Comanche Robinson and Ruby Beatrice Everette). Sharon was born in Kansas. Macon was the son of Mathew T. Robinson and Ina Mady Clay. Ruby was the daughter of James Reuben Everette and Jessie Beatrice Jones.