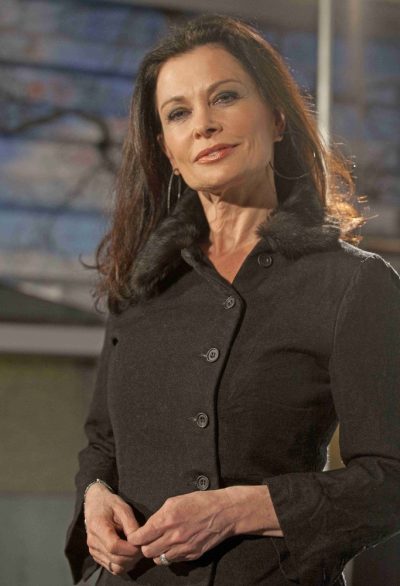 Jane Badler is an American actress and singer. She was Miss New Hampshire 1972.

Jane was born in Brooklyn and raised in Manchester, New Hampshire. She is married to Australian, Stephen Hains, with whom she has had two children, including late actor Harry Hains.