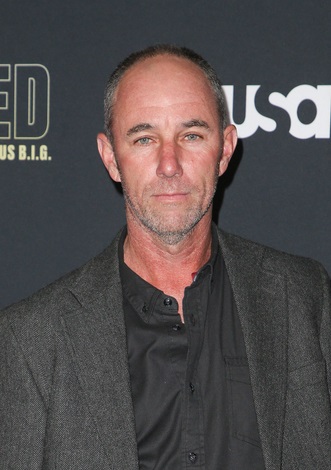 McShane in 2018, photo by Prphotos.com

Jamie McShane is an American actor. He has also sometimes been credited as Jamie Nelson Simon, and is known for his roles on Sons of Anarchy, Southland, and Bloodline.

Jamie’s paternal grandfather was Chester Nelson Simon (the son of John Simon and Mary Louise Ackerson). Chester was born in New York. John was born in England. Mary was born in New Jersey, the daughter of James H. Ackerson and Ann/Anna Rachel Haring, and was of at least part Dutch descent.