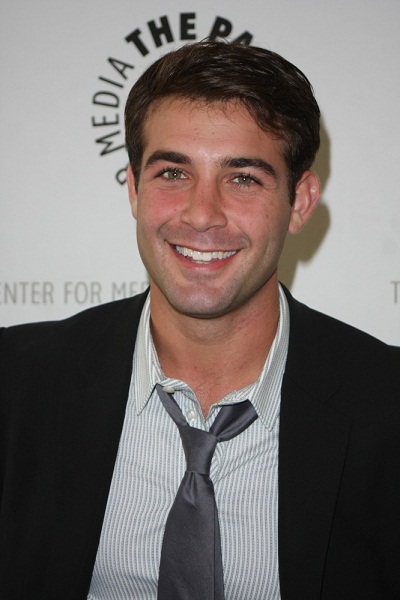 James Wolk is an American actor. His roles include the series Lone Star, Mad Men, Zoo, Tell Me a Story, Watchmen, and The Crazy Ones, and the film You Again. He has also been credited as Jimmy Wolk.

He is married to Jae Lynch, with whom he has two children.

James’s paternal grandfather was David Lewis Wolk (the son of Jacob Wolk/Volk and Rose Greenberg). David was born in Ohio, to Polish Jewish parents. Jacob was born in Biała, Bialystok, the son of Shlomo Wolk.

James’s paternal grandmother was Shirley King (originally Khanovich, the daughter of David Khanovich/King and Julia Bluestein). Shirley was born in Michigan, to Russian Jewish parents. David was the son of Harry Kanowicz and Etta Sarack. Julia was the daughter of Israel Bluestein and Bella Zweiback.

James’s maternal grandfather was Harold Elson (the son of William Elson and Eva Kendler/Kantor). Harold was born in Michigan; his parents were Jewish emigrants, from either Poland/Lithuania or Russia/Latvia, respectively (depending on the record). William was the son of Ben Elson and Simmie. Eva was the daughter of Morris Kendler/Kantor and Celia.