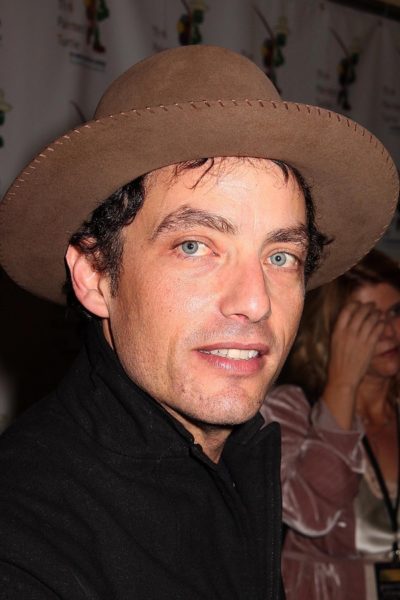 Dylan in 2012, photo by kathclick/Bigstock.com

Jakob Dylan is an American singer and songwriter. He is the lead singer for the rock band The Wallflowers.

Jakob is the son of model Shirley Marlin Noznisky and musician Bob Dylan. His parents are both Jewish. Jakob is married to Paige, a screenwriter, with whom he has four children, including model and actor Levi Dylan.

Jakob’s paternal grandfather was Abram “Abe” Zimmerman (the son of Zigman/Zigmund Zisel Zimmerman and Anna Chana Greenstein). Abram was born in Minnesota, to Jewish parents from Odessa, in the Russian Empire, now in Ukraine. They emigrated to the United States following the anti-Semitic pogroms of 1905. Anna was the daughter of Ignac Grünstein and Leni Freiman.

Jakob’s paternal grandmother was Beatrice “Beatty” Stone (the daughter of Benjamin David Solemovitz/Stone and Florence Sara Edelstein). Beatrice was born in Minnesota, to Lithuanian Jewish parents, with roots in Kaunas/Kovno. They arrived in the U.S. in 1902. Benjamin was the son of Shapsa/Sabse/Samuel Solemovitz and Bessie Riva Shapiro/Kaner. Florence was the daughter of Benjamin Harold Edelstein and Lybba/Libbe Jaffee/Jaffe.

In his autobiography Chronicles: Volume One (2004), Bob Dylan wrote:

Originally, [my grandmother had] come from Turkey, sailed from Trabzon, a port town, across the Black Sea… Her family was from Kagizman, a town in Turkey near the Armenian border, and the family name had been Kirghiz. My grandfather’s parents had also come from that same area, where they had been mostly shoemakers and leatherworkers. My grandmother’s ancestors had been from Constantinople. As a teenager, I used to sing the Ritchie Valens song “In a Turkish Town” with the lines in it about the “mystery Turks and the stars above,” and it seemed to suit me more than “La Bamba,” the song of Ritchie’s that everybody else sang and I never knew why.

It is not clear if these statements about Turkish Jewish ancestry are accurate.