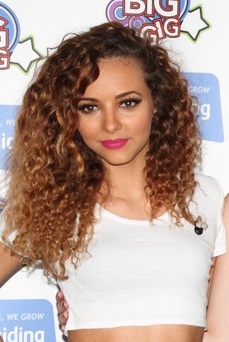 Thirlwall in 2013, photo by PrPhotos

Jade Thirlwall is a British singer and songwriter. She is a member of the British band Little Mix, along with Perrie Edwards, Jesy Nelson, and Leigh-Anne Pinnock.

Her father has English ancestry. Her mother is of Egyptian, Yemeni, and one quarter English/Scottish, descent. A picture of Jade and her mother can be seen here.

Jade’s maternal grandfather is named Mohammid Badwi. Mohammid was born in Yemen, and worked as a firefighter and at the docks in England.

Jade speaks of her background – http://gulfnews.com