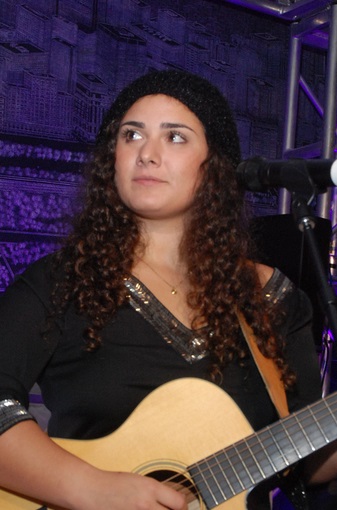 Ilsey Juber is an American singer and songwriter.

Ilsey’s paternal grandfather is Nathan/Norman S. Juber (the son of Isaac Juber and Fay Posner). Fay was the daughter of Harris Posner.

Ilsey’s maternal grandfather was Sherwood Schwartz (born Sherwood Charles Schwartz, the son of Herman Schwartz and Rose Kaplan). Sherwood was born in New Jersey. Herman and Rose were from the Russian Empire, with Rose having been born in Upyna, Lithuania. Rose was the daughter of Aaron Kaplan, who was born in Tarvik/Taurage, and of Dora Schneider.