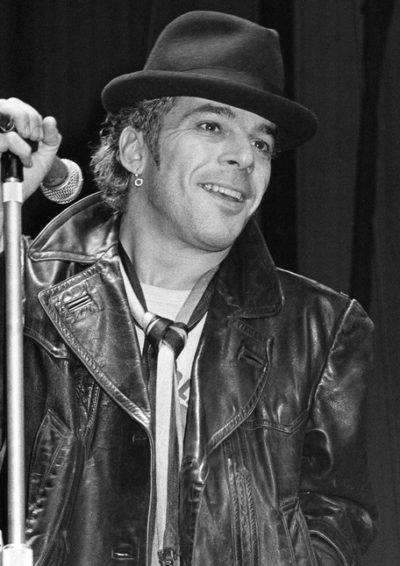 Dury in 1978, photo by newsfocus1/www.bigstockphoto.com/

Ian Dury was an English singer, songwriter, and actor.

He was the son of Margaret Cuthbertson “Peggy,” a health visitor, and William George Dury, a bus driver and boxer. His family spent time in Cornwall, Essex, and Switzerland during his childhood. He had two children, including indie musician Baxter Dury, with his former wife Elizabeth “Betty” Rathmell; and two children with his partner, sculptor Sophy Tilson.