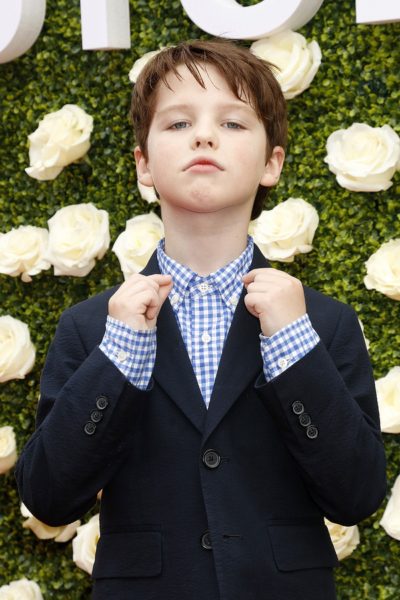 Iain Armitage is an American actor and theatre critic. He stars on the show Young Sheldon. He is the son of producer Lee Armitage and actor and singer Euan Morton (Euan Douglas George Morton; born Iain Middleton). His father was born in Bo’ness, Scotland.

Iain’s maternal grandfather is former naval officer Richard Armitage (born Richard Lee Armitage; the son of Leo Holmes Armitage and Ruth). Richard served as Assistant Secretary of Defense for International Security Affairs, from April 2, 1983 to June 5, 1989, and as U.S. Deputy Secretary of State, from March 26, 2001 to February 23, 2005. Leo was the son of Arthur L. Armitage, who was born in Massachusetts, to Irish parents, and of Anastasia C. Boyd, who was born in Canada.

Iain’s maternal grandmother is Laura Alice Samford (the daughter of Frank Park Samford and Virginia Samford Donovan, born Virginia Carolyn Suydam). Frank was the son of Frank Park Samford and Hattie Mae Noland. Iain’s great-grandmother Virginia was an actress and philanthropist, after whom the Virginia Samford Theatre in Birmingham, Alabama, was named. Virginia was born in Birmingham, the daughter of William Howard Suydam and Laura Alice Cousins.