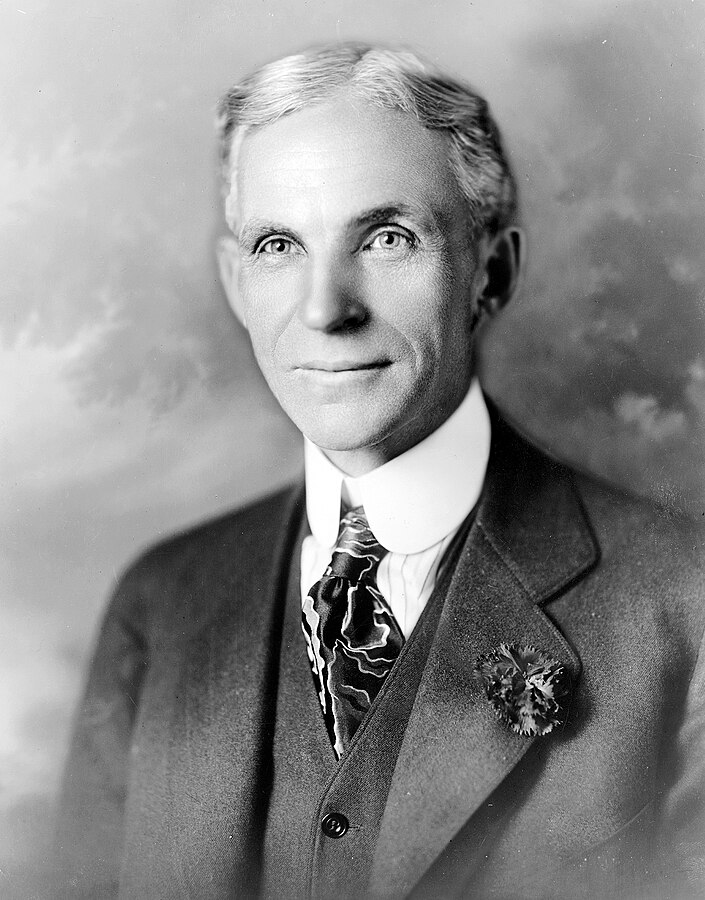 Henry Ford was an American industrialist. He founded the Ford Motor Company. He also sponsored the development of the assembly line technique for mass production.

He was a candidate for the Republican Party’s nomination for President of the United States in 1916.

Henry was the son of Mary and William Ford, a businessperson.

Henry’s father was born in Madame, near Ballinascarthy, County Cork, Ireland. His father moved to the U.S. in 1846. The Ford surname was said to have originated in Somerset, England, with Ford ancestors who had come to Ireland in the early 1700s. Henry’s father was of Protestant religion, and Henry himself was an Episcopalian.

Henry’s mother was born in Michigan, to Belgian parents, and was surnamed Litogot. She was raised by foster parents, Margaret (Stevenson/Stevens) and Patrick O’Hearn/Ahern, who were Irish emigrants, with Patrick being from County Cork.

Henry was married to Clara Jane Bryant, until his death, with whom he had a son, business executive and philanthropist Edsel Ford.