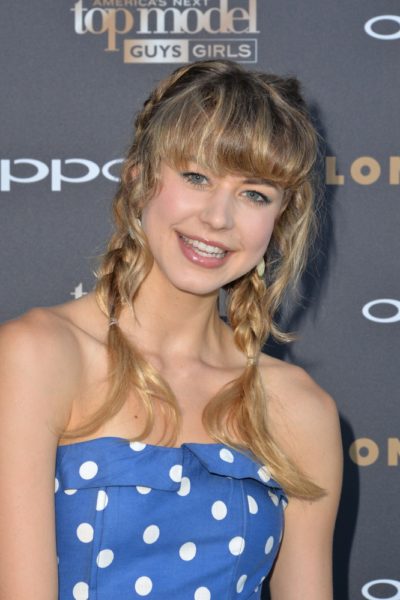 Hannah Kat Jones is an American model, television personality, and actress. Hannah is known for being a contestant on the sixteenth season of America’s Next Top Model.

Hannah is the daughter of Kathryn Sue (Jost) and Milton Charles “Charlie” Jones.

Hannah has stated that she is of Scottish, German, Norwegian, and Creole ancestry. It is not clear whether her Norwegian or Creole ancestry has been verified/documented.

Hannah’s paternal grandmother was Mary Ann Wunsch (the daughter of Aloysius Louis “Alvin/Alvie” Wunsch and Mary Mathilda/Mathilde Gottschalk/Gotschalk). Aloysius was the son of Ignatius/Ignatz Bernard Wunsch, whose parents were German, and Mary Schneider. Hannah’s great-grandmother Mary Mathilda was the daughter of Joseph Gottschalk, who was German, and of Hanna/Annie, whose parents were German.

Hannah’s maternal grandfather was Jerry Wilburn Jost (the son of Ernest/Earnest Jost and Eunice Estelle Gavins/Gavin). Ernest was born in Texas, to parents from Germany, Christ Jost and Mary Schneible. Eunice was the daughter of James Gavin and Mattie Camp/Carnop.