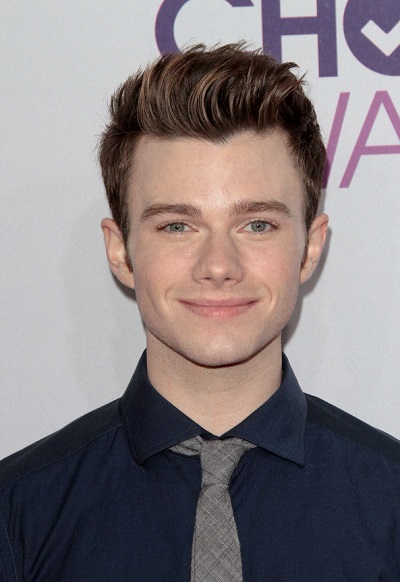 Colfer in 2013, photo by Prphotos.com

Chris Colfer is an American actor, singer, writer, and producer.

Chris’s paternal grandfather was John J. Colfer (the son of Matthew Francis Colfer and Nora A. Sheehan). John was born in Pennsylvania, and was of Irish descent. Matthew was the son of John William Colfer and Mary J. O’Brien. Nora was the daughter of John Sheehan and Anna/Annie Ryan.

Chris’s maternal grandfather is Wayne C. Boling (the son of Reedie John Boling and Johnnie Alley Cannon). Wayne was born in Arkansas. Reedie was the son of James Walter Boling and Bessie B./A. James. Jonnie was the daughter of Jefferson Urbey Cannon and Cordelia “Delia” Moore.

Chris’s maternal grandmother was Fawnda Runyon (born Fawnda R. Hill, the daughter of Elmer Floyd Hill and Essie Irene Walker). Fawnda was born in Shawnee, Oklahoma, and was a minister at the Life Enrichment Center in Fresno, along with her husband, The Rev. Dr. James O. Runyon. Elmer was the son of Henry F. Hill and Mary Ann Smith. Essie was the daughter of John William Walker and Lilla Bradley Gresham/Grisham.