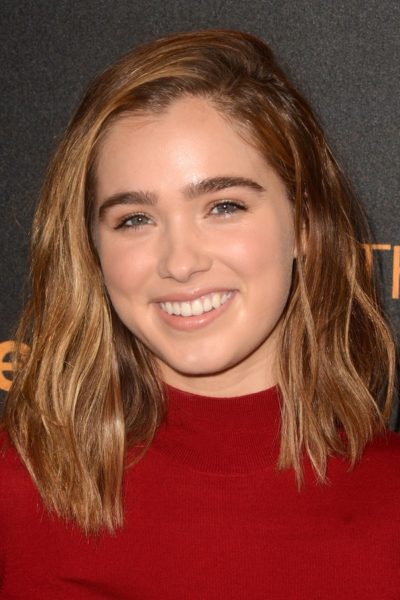 Richardson in 2016, photo by kathclick/bigstock.com

Haley Lu Richardson is an American actress. She is known for her roles in the films The Edge of Seventeen and Five Feet Apart, among others. She has also founded, designed, and created Hooked by Haley Lu, a line of crocheted clothing and accessories.

She is the daughter of Valerie, a marketing and branding professional, and Forrest Lee Richardson, a golf course architect.

Haley has said that her father came up with the middle name Lu.

Haley’s paternal grandfather was Lee Roy Richardson (the son of Roy C./Ellsworth Richardson and Ilene/Lena Belle Schaefer). Haley’s grandfather Lee Roy was born in Texas, and was an inventor and pioneer of the motion picture and animation equipment industry. Haley’s great-grandfather Roy was the son of Ford/Fred DeForest Richardson and Nettie J. Ferris. Ilene was the daughter of Albert Schaefer, whose parents were German, and of Rebecca Wilmouth Boyd, whose own father was from County Antrim, Northern Ireland.

Haley’s paternal grandmother is Edna Marguerite/Morris (Patterson) Richardson, PhD (the daughter of Frank Leslie Patterson and Margaret May “Maggie” Harvey). Edna was born in California, and was an educator and author. Frank was the son of Harrison Patterson and Levina/Lovinah/Luvina/Lovina Riggle. Margaret was the daughter of Robert Rice Harvey and Edna Earl Morris.

Sources: Genealogy of Haley’s father (focusing on his father’s side) – http://wc.rootsweb.ancestry.com

Genealogy of Haley’s paternal grandmother, Edna Marguerite/Morris Patterson (focusing on her own mother’s side) – http://wc.rootsweb.ancestry.com