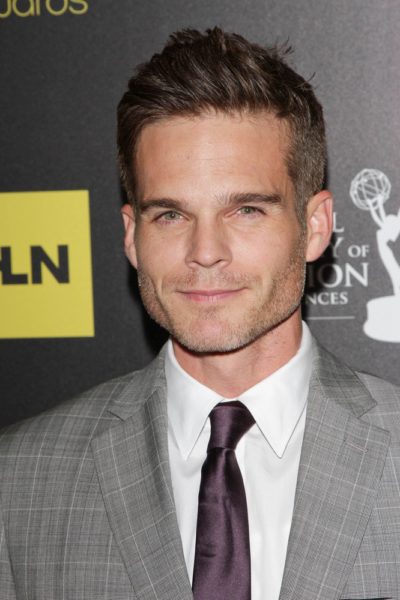 Greg Rikaart is an American actor.

Greg is the son of Elaine and Rick Rikaart. His family is pictured here. Greg is married to writer Robert Sudduth, with whom he has a son.

Greg’s paternal grandfather was Hendrik “Hank” Rikaart/Rikoart (the son of Simon Hendrik Rikaart and Johanna Crauen). Greg’s grandfather Hendrik was born in the Netherlands. Simon was the son of Hendrich Rikaart and Neeltje Lommerde.

Greg’s paternal grandmother was Dorothy Dolan (the daughter of Philip Francis Dolan, Jr. and Bertha Seavers). Dorothy was born in New York. Bertha was the daughter of Henry George Sievers/Seavers and Barbara B. Blaul, who were of German origin.

Greg’s maternal grandfather was named Louis Cavallone (the son of Joseph Cavallone and Lena). Lena was from Naples.