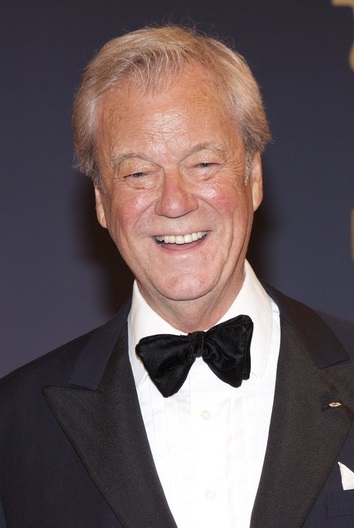 Pinsent in 2012, photo by Prphotos.com

Gordon Pinsent is a Canadian actor, screenwriter, director, and playwright. Most recently, he is known for having starred in the film Away from Her (2006).

Gordon is the son of Flossie and Stephen Pinsent. He was married to actress Charmion King, until her death. He has two children with his former wife Irene Reid; and a daughter, actress Leah Pinsent, with Charmion.

Gordon’s paternal grandmother was Leah Newhook (the daughter of Charles Newell Newhook and Sarah Lander). Leah was born in New Harbour, Trinity Bay, Newfoundland. Charles was the son of Charles Newhook, whose parents were English, and of Catherine Newell. Sarah was the daughter of Thomas Wise Lander, who was born in Poole, Dorset, England, and of Sarah Way Taverner.

Gordon’s maternal grandmother was Matilda Ivany (the daughter of James Ivany and Judith Higden/Higdon). Matilda was born in New Bonaventure, Trinity North, Newfoundland. James was the son of Matthew Ivany/Iveney and Patience LeDrew/Leddrow/Ledrow. Judith was the daughter of George Higden/Higdon and Bridget Miller.