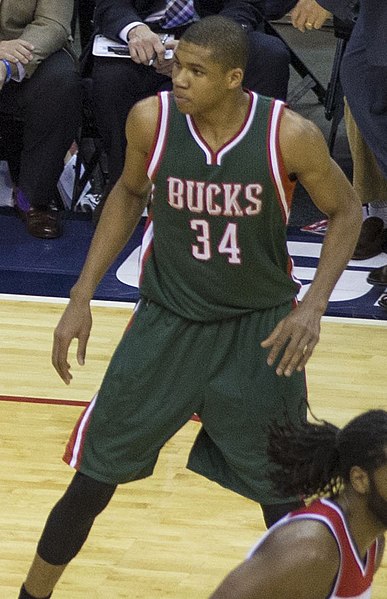 Antetokounmpo in 2014, photo by Keith Allison

Giannis Antetokounmpo, known as the “Greek Freak,” is a Greek professional basketball player.

Giannis was born in Athens, to Nigerian parents, Veronica and Charles, from Lagos. His father was Yoruba and his mother is Igbo. He holds Greek citizenship, which he attained in 2013, and Nigerian citizenship, which he obtained in 2015. He was legally stateless before that, as Greece does not have birthright citizenship. Giannis has represented Greece internationally. His Nigerian name is Ougko. His surname Antetokounmpo means “the crown has returned from overseas.”

Antetokounmpo stands at 6 feet and 11 inches. His father was a professional soccer player and his mother was a competitive high jumper.

Giannis has been baptized in the Greek Orthodox Church. He has a son with his partner Mariah Riddlesprigger.