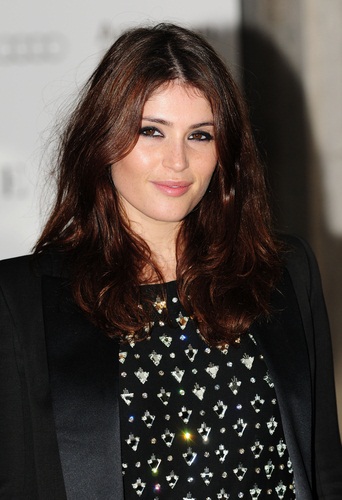 Ethnicity: English, as well as one eighth Jewish (matrilineal), and small amounts of German and Scottish

Gemma Arterton is a British actress. She played the title role in the BBC’s four-hour version of Tess of the D’Urbervilles. Her sister is actress Hannah Arterton.

Gemma has English ancestry, as well as a Jewish great-grandmother (her maternal grandmother’s mother, who was of Polish Jewish, with more distant Dutch Jewish, Czech Jewish, and Sephardi Jewish, ancestry). Gemma also has a small amount of German and Scottish roots, from other lines of her own family tree.

Germma’s paternal grandmother is Nellie Christina Smith (the daughter of Arthur Smith and Amy Nellie L. Pouncett). Gemma’s grandmother Nellie was born in Gravesend, Kent, England. Amy was the daughter of Alfred Pouncett and Christiana, who was German.

Sources: Family history of Gemma Arterton (focusing on her father’s side) – https://roystockdillgenealogy.com

Genealogy of Gemma Arterton (focusing on her father’s side) – http://www.lesliemerchant.me

Genealogy of Gemma Arterton (focusing on her mother’s side) – https://www.geni.com