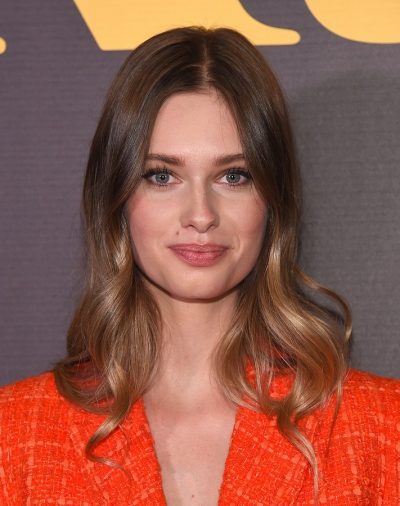 Gabrielle Haugh is an American model and actress.

Gabrielle’s paternal grandmother was Beverly Maxine Harris (the daughter of Walter Scott Harris and Ethel Edna Schultz). Beverly was born in Denver, Colorado. Walter was the son of William James Harris, an Irish immigrant, and of Alice Belle Burington, who had deep roots in the U.S. Ethel was the daughter of Louis E. Roderick Schultz and Nancy Ellen Crawford.

Gabrielle’s maternal grandfather was William Toms (the son of Martin Toms and Anna Louisa Schmidt). William was born in Roseville, California, to parents from Hungary, who were likely of ethnic Germanic origin. Anna was the daughter of Peter Schmidt and Theresa Werth.

Gabrielle’s maternal grandmother was Ruth Margaret Guisewite (the daughter of Raymond Dempsey Guisewite and Blanche Margaret Dumbaugh). Ruth was born in Marion, Indiana, and was of approximately half German, including Alsatian and Swiss-German, and half Scots-Irish/Northern Irish, descent. Raymond was the son of of Reno W. Guisewite and Veora M. McComb. Blanche was the daughter of Charles W. Dumbaugh and Sarah Jane McKnight.