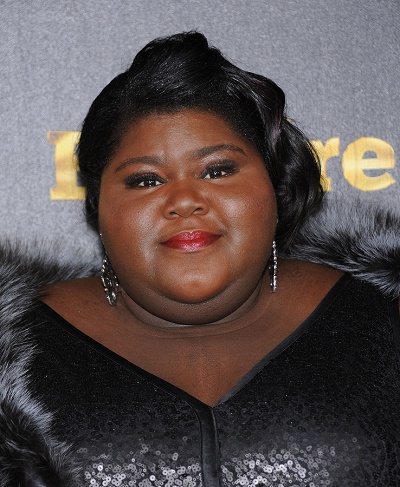 Sidibe in 2015, photo by DFree/Bigstock.com

Gabourey Sidibe is an American actress and author. Her name is pronounced GAB-ə-ray SID-i-bay.

Her father, Ibnou Sidibe, is a Senegalese-born taxi driver. The surname Sidibe is of Fulani origin.

Gabourey starred in the 2009 film Precious: Based on the Novel “Push” by Sapphire. She was nominated for the Academy Award for Best Actress for the role. She was studying for a psychology degree at Mercy College when the opportunity to audition for the film came up.