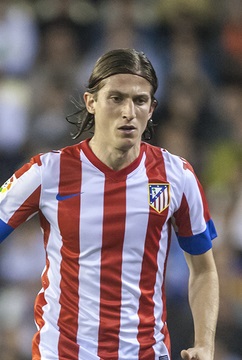 Filipe Luís is a Brazilian professional footballer. He is the son of Moises Kasmirski and Sueli Stinghen. He holds Italian citizenship through his Italian great-grandmother.