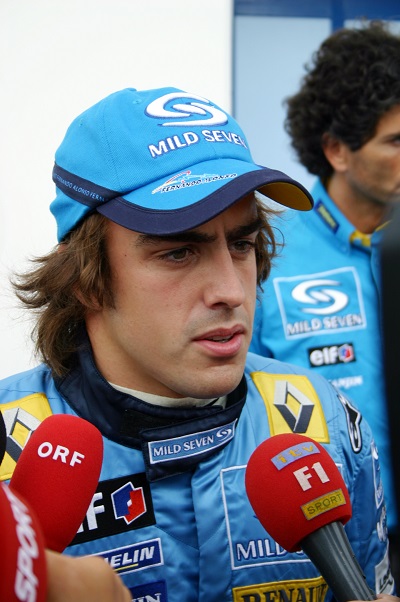 Alonso in 2004, photo by draskovic/Bigstock.com

Fernando was born in Oviedo, Asturias, northern Spain, the son of Ana Díaz, who worked at a department store, and José Luis Alonso, a mine shaft explosives factory mechanic and amateur kart driver. In addition to Spanish, he speaks English, Italian, and French.