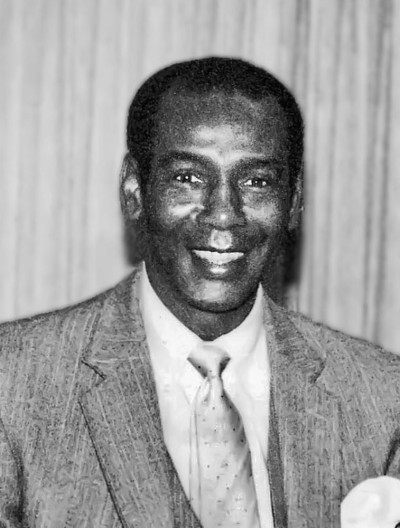 Ernie Banks, nicknamed “Mr. Cub” and “Mr. Sunshine,” was an American professional baseball player. He played in Major League Baseball as a shortstop and first baseman for the Chicago Cubs, between 1953 and 1971.

Ernie was the son of Essie Vanessa (Durden) and Eddie Lee Banks. He was married to Liz Ellzey, until his death. He had three children with his former wife Eloyce Johnson; and a daughter with Liz.

Ernie’s maternal grandfather was Derry/Darry Durden (the son of Curtis Durden and Lucinda Bayliss). Derry was born in Louisiana. Curtis was the son of Moore Durden and Mariah/Majiah. Lucinda was the daughter of Amos Bayliss and Adaline.

Ernie was a second cousin of footballer player O. J. Simpson. Their maternal grandfathers were siblings.