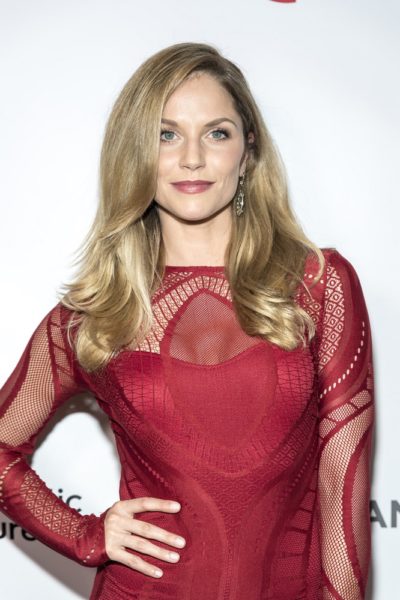 Ellen Hollman is an American actress and all-star track runner.

She was raised partly in Troy, Michigan. She is married to actor Stephen Dunlevy.

Ellen’s paternal grandfather was Wilbur William Hollman (the son of Julius William Hollman and Ella Kathryn Reese). Julius was the son of August Hollmann, who was a German immigrant, and of Caroline C. Vogt, who was born in Warren, Missouri, to German parents. Ella was the daughter of Frederick William Reese and Caroline Henrietta Windmann, who were born in Missouri, both of them to German parents.

Ellen’s paternal grandmother was Jeanette/Jeannette Hart (the daughter of George W. Hart and Jesse/Jessie Pittman). Jeanette was born in Kansas City, Missouri. George was the son of Alfred Edward Hart, an English emigrant, from Canterbury, and of Mary Ellen Patrick, who had deep roots in the U.S. Jessie was the daughter of Howell Cobb Pittman and Mary Wilhite Rogers, and also had deep American roots. Mary’s great-great-grandmother was said to have been Eu-chi-oote Tassel, who was Cherokee.

Ellen’s maternal grandfather was John Francis “Jack” Joliat (the son of Leo Francis Joliat and Marcella Maria Schwertner). Leo was the son of Sebastian Joliat, who was born in Switzerland, and of Josephine Balizet, whose parents were French. Marcella was the daughter of Frank A. Schwertner, who had Austrian and Alsatian German ancestry, and of Frieda Wilhelmina Klorer, who was German.

Ellen’s maternal grandmother was Rosemary Jane LaJoie (the daughter of Ernest Phillip/Phillippe LaJoie and Catherine Jane/Jene Murphy). Rosemary was born in Detroit, Michigan. Ernest was born in Canada, the son of Misael Homere Armand LaJoie and Heloise Le Maundian Laurendeau, and was of French-Canadian descent. Catherine was born in Michigan, the daughter of Thomas Joseph Murphy and Catherine McCreer, who were born in Ontario, Canada, both of them to Irish emigrants, from Armagh, County Tipperary.