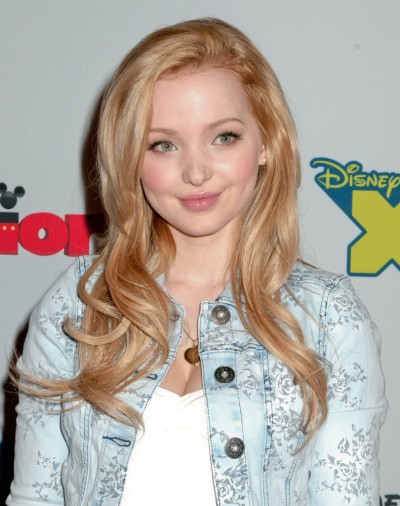 Cameron in 2013, photo by Prphotos

Dove Cameron, full name Dove Olivia Cameron, is an American actress and singer. She has starred in the Descendants films, as well as Dumplin’. She was a member of pop duo The Girl and the Dreamcatcher, with her former partner Ryan McCartan.

She has stated that she also has Russian and Slovak ancestry. This does not appear to be accurate.

Dove’s paternal grandmother was Florence Alma Schwarz (the daughter of Frank George Schwarz/Schwartz and Aurelia Catherine “Ella” Wittman). Florence was born in Seattle, Washington. Frank was born in Parndorf, Austria, the son of Andrew Schwarz, from Budapest, and of Elizabeth Wukovich. Aurelia was born in Washington, the daughter of Austrian parents, Joseph Wittmann and Barbara Elizabeth Egermann.

Dove’s maternal grandfather is Robert Gordon Wallace (the son of DeRae/Rae Wallace and Ethel Evelyn Braley). DeRae was the son of Daniel M. Wallace, who was born in Warwick, Lambton, Ontario, Canada, to a Scottish father, from Kilmarnock, East Ayrshire, and to a mother who was born in Lanark, Ontario, to Scottish parents; and of Della A. Putnam, who had deep roots in the U.S. Ethel was the daughter of William Ora Braley and Ina Susan Gordon, and also had deep American roots.

Dove’s maternal grandmother is June E. Morgan (the daughter of Tex Barney Morgan and Florence Grace Johnson). June was born in Washington. Florence was the daughter of James Bertrand/Bert Johnson, a Danish emigrant, from Tise, and of Jessie L. Irish, whose father had deep roots in the U.S., and whose maternal grandparents were from Ireland and England, respectively.