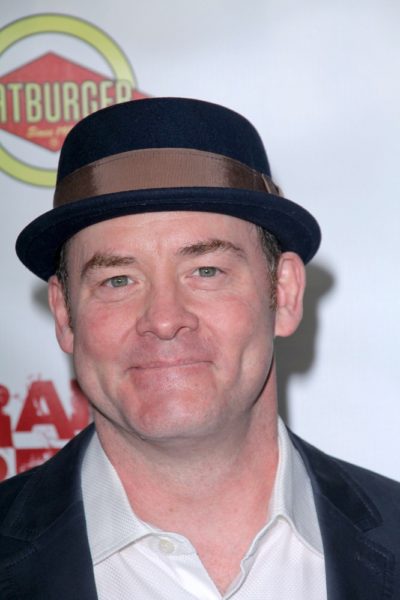 Koechner in 2012, photo by Prphotos

David Koechner is an American actor and comedian. He has had major roles in Anchorman and it sequel, along with Snakes on a Plane, Final Destination 5, Extract, and many other films, and series.

David is the son of Margaret Ann and Cecil Stephen Koechner. He is married to Leigh, with whom he has five children. His family ran a business that manufactured turkey coops. David has said, “If you see a turkey going down the road in a big truck, most likely its coop is from Tipton.”

David’s paternal grandfather was named Joseph Frank Koechner. Joseph was born in New York, with the surname Howard, and was adopted by Joseph Peter Koechner and Anna M. Vogel, who were of German descent.

Sources: Genealogy of David’s father (focusing on his own mother’s side) – http://worldconnect.rootsweb.ancestry.com