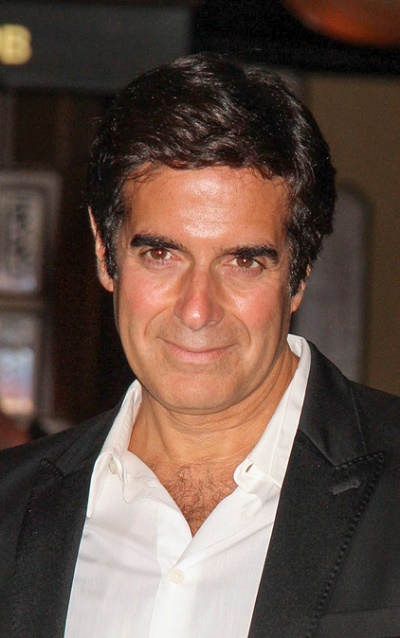 Copperfield in 2014, photo by Prphotos

David Copperfield is an American illusionist, magician, and actor. He co-starred in the film Terror Train. His father, Hyman Kotkin, who was American-born, was of Ukrainian Jewish and Russian Jewish descent. His mother, who was born in Israel and was also Jewish, was of at least part Yemenite Jewish ancestry.

David has a daughter with his partner, French model Chloe Gosselin.