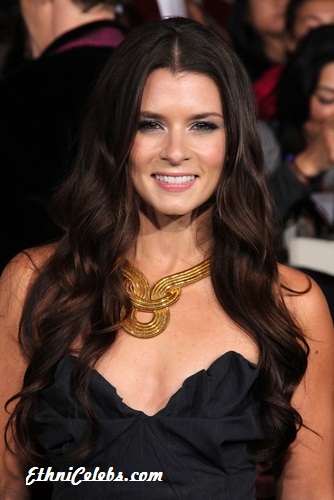 Danica Patrick is an American professional racing driver, model, and advertising spokeswoman. She is the most successful woman in the history of American open-wheel racing. She became the Rookie of the Year for the 2005 IndyCar Series season and the 2005 Indianapolis 500. She became the first woman to win an Indy car race when she won the 2008 Indy Japan 300.

Danica’s paternal grandmother was Barbara June Patten (the daughter of Edward Haley Patten and Othella Ellen Sinks). Barbara was born in Wisconsin. Edward was the son of Squire Bert Patten and Elsie Leona Gleason. Othella was the daughter of Charles Edward Sinks.