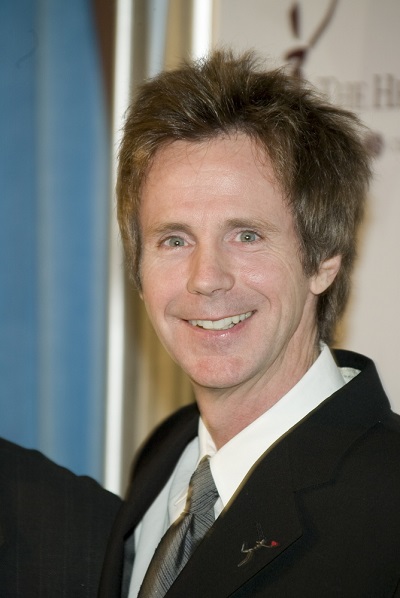 Carvey in 2005, photo by Prphotos.com

Dana Carvey is an American stand-up comedian and actor.

Dana is the son of Billie and Bud Carvey. His brother, Brad Carvey, engineered and designed the Video Toaster. Dana is married to Paula Zwagerman, with whom he has two children.

Dana’s paternal grandfather was William John Carvey (the son of Daniel H. Carvey and Martha Ellen Bittner). William was born in Minnesota. Martha was the daughter of Daniel Bittner and Elizabeth Hinebun.

Dana’s paternal grandmother was Myrtle Olivia Olson (the daughter of Charles John Olson and Helga Cornelia Sunde). Myrtle was born in Wisconsin. Charles was born in Sweden, to Ollef Anderson, who was Swedish, and Maria Thorstensdatter, who was Norwegian. Helga was born in Norway, to Carl Johan Sunde and Hendreitta Cordelia Christensen Wisner.

Dana’s maternal grandmother was Delores/Dolores Dahl (the daughter of Anders/Andrew Sivertsen Dahl and Ragnhild Charlotte Svendsdatter/Swenson). Delores was born in Minnesota, to Norwegian parents. Anders was the son of Sivert Andersen Nordtømme Dahl and Serine Svendsdatter. Ragnhild was the daughter of Sven Olson Sve and Marie Fredriksdatter Suhr.

Genealogy of Dana’s maternal grandmother, Delores/Dolores Dahl (focusing on her mother’s side) – http://worldconnect.rootsweb.ancestry.com