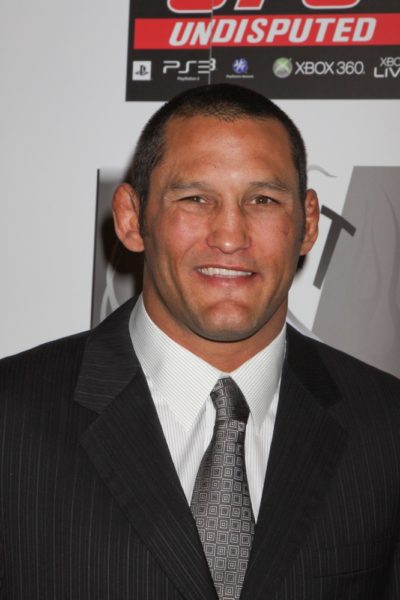 Dan Henderson is an American mixed martial artist and Olympic wrestler. He is a decorated amateur wrestler, and represented the U.S. at the 1992 and 1996 Olympics in Greco-Roman wrestling. Dan has competed as a middleweight in the Ultimate Fighting Championship. He is known as Hendo.

Dan is the son of Jodeen (LeJeune/LeJune) and William Henderson. His sister is professional golfer Selanée Henderson. He was raised on a ranch in Apple Valley, California.

In an interview in Fightsport Magazine, Dan stated that he is of English, French, Scottish, and Native American descent.

According to this article:

Henderson’s grandmother, Alice (Bergevin) LeJune, is an enrolled member of the Confederated Tribes and owns land on the Umatilla Indian Reservation. From all accounts, Henderson is 1/16 Walla Walla Native American.

Alice’s ancestry was French-Canadian, 3/16ths Walla Walla Native American, 1/16th African-American, and a small amount of Irish, with some Métis ancestors, who were said to have been of Cree and Salteaux descent.

Dan’s maternal grandmother was Alice Nadine/Nadyne Bergevin (the daughter of Lawrence Edward Bergevin and Domenica Alysia “Minnie” Morissette). Alice was born in Oregon. Lawrence and Minnie were listed as “Indian” on the 1920 U.S. Census. Lawrence was born in Oregon, the son of Joseph Augustus Bergevin and Agnes Gertrude LaFave. Joseph was born in Washington, to French-Canadian parents from Québec, who were listed as “white” on the 1870 U.S. Census. Dan’s great-great-grandmother Agnes was also born in Washington, to parents from Canada, who were listed as “white” on the 1910 U.S. Census. Agnes’ mother, Mary Ann McBean, had some Métis ancestors, who were said to have been of Cree and Salteaux First Nations descent.