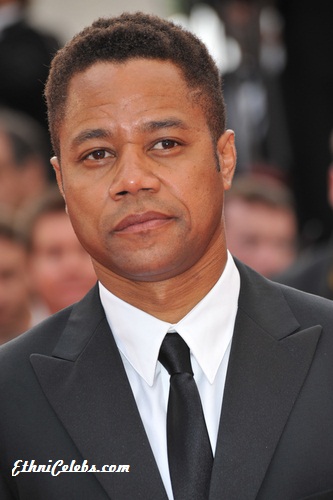 Cuba Gooding, Jr. is an American actor and comedian. He won the Academy Award for Best Supporting Actor for Jerry Maguire (1996). He is the son of Shirley (Sullivan), a vocalist, and Cuba Gooding, Sr., a singer and actor. His paternal grandfather was African-Barbadian, while his other family is African-American.

He is married to Sara Kapfer, with whom he has three children, including actor Mason Gooding.

Cuba’s paternal grandmother was Addie Priscilla Alston (the daughter of David C. Alston and Jennie Morrick). Addie was born in North Carolina. David was the son of Calvin Alston and Louisa Williams.

Source: Genealogy of Cuba Gooding, Jr. (focusing on his father’s side) – https://www.geni.com