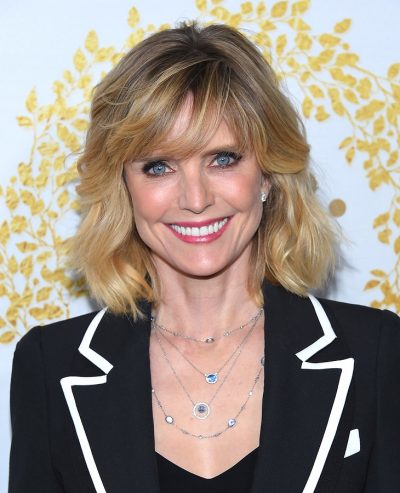 Courtney-Thorne Smith is an American actress. Her roles include the film Summer School and the series Melrose Place, Ally McBeal, According to Jim, and Two and a Half Men.

She is married to marketing executive and author Roger Fishman, with whom she has a son.

Courtney’s maternal grandfather was Loring Horace Thorne (the son of Edward Horace Thorne and Estella Vivian Tucker). Loring was born in Indianapolis, Indiana, and had some deep roots in the U.S. Estella was the daughter of Fremont Tucker and Mary Elizabeth Clark.

Courtney’s maternal grandmother was Thelma Louise Geise (the daughter of Charles L. Geise and Vola E. Young). Thelma was born in Fayette, Indiana, and had some deep roots in the U.S. Charles was the son of Benjamin Franklin Geise and Elsie Elizabeth Williamson. Vola was the daughter of Levi Thurman Young and Roseanna Powell.