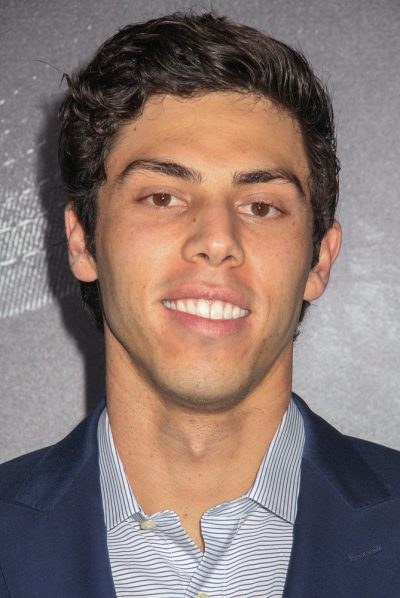 Christian Yelich is an American professional baseball player. He is an outfielder for the Milwaukee Brewers of Major League Baseball (MLB), and previously played for the Miami Marlins. His maternal great-grandfather was football player Fred Gehrke. His paternal uncle, Chris Yelich, also played football.

Christian’s paternal grandfather is Stephen Yelich (the son of Christ Yelich and Anne Leshanovich). Christ was born in Serbia, the son of John Yalich and Yevra. Anne was born in New York, the daughter of Luka Lešanović/Leshanovich, who was from Belgrade, Serbia, and of Ljubica.

Christian’s paternal grandmother is Rosalie “Rose” Sammy (the daughter of Louis Elias/Ilia Sammy/Simonoff and Raina/Irene Theodoreoff/Theodoroff). Louis was born in Bitola, Macedonia, the son of Chris Simonoff and Maria Spiravich. Raina was born in Pleven, Bulgaria, the daughter of Theodore Christoff and Vasilka Ivanova.

Christian’s maternal grandmother is Bonnie Lynn Gehrke (the daughter of Clarence Fred Gehrke and Marilyn Palmer). Bonnie was born in California, and is from a Mormon family. Clarence was an American football player, and was the son of Fred Richard Gehrke and Augusta Tichelmann, who were born in Königsberg, Germany, then in Russia. Marilyn was the daughter of Bart/Bert Conrad Palmer and Vera Mariger.