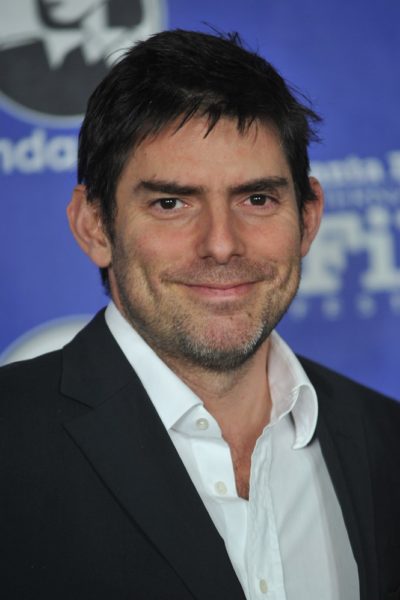 Ethnicity:
*75% Ashkenazi Jewish
*25% mix of Mexican and some Irish

Chris Weitz is an American film director, screenwriter, and producer. His brother is producer Paul Weitz.

Chris is the son of Susan Kohner (Susanna Kohner) and John Weitz (Hans Werner Weitz). His father was born in Berlin, to a Jewish family. His mother was born in California, to a Czech Jewish father and a Mexican mother, who was of Mexican and Irish descent.

Chris is married to Mercedes Martinez, with whom he has two children.

Chris’ paternal grandparents were named Robert Salomon Weitz and Hedwig Jacob. Robert was a prominent businessperson, who was awarded the Iron Cross by Germany, for being an infantry hero in WWI. Chris’ grandparents left Germany in the late 1930s, because of the Nazi regime.

Chris’ maternal grandfather was Paul Kohner (the son of Julius Kohner and Helene Beamt). Paul was a talent agent and producer, and was born in Teplice, Austria-Hungary, in present-day Czech Republic. Paul’s brother was novelist and screenwriter Frederick Kohner. Julius was the son of Nathan Kohner and Sophia Löbl. Helen was the daugther of Karl Beamt and Eveline Glaser.

Chris’ maternal grandmother was Lupita Tovar (born Guadalupe Natalia Tovar; the daughter of Severo Egidio Erasmo De La Lina Trinidad Tovar and Mary/Maria Alicia Sullivan). Lupita was an actress, and was born in Matías Romero, Oaxaca, Mexico. Severo was the son of Atanasio Tovar and Guadalupe Cid. Mary was of Irish and Mexican descent, and was the daughter of John William Sullivan, who was born in Mexico, and of Lucy Slocum, who was born in New Mexico, U.S., to an American father and a Mexican mother.