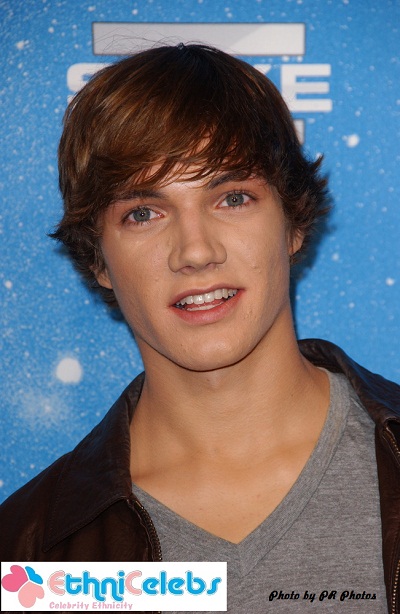 Chris Massoglia is an American actor and politician. He has been a Member of the Blaine, Minnesota City Council, since January 4, 2021. He starred in the film Cirque du Freak: The Vampire’s Assistant (2009). He has sometimes been credited under the name Chris Kelly (his maternal grandmother’s maiden surname).

Chris is married to Shauna, with whom he has one child.

Chris is a devout Christian.

Chris’s paternal grandfather is John Blanchard Massoglia (the son of John Paul Massoglia and Blanche Gillette). Chris’s grandfather John was born in Michigan. Chris’s great-grandfather John was the son of Italian parents, Domenic/Dominic V. Massoglia and Elena/Ellen Marta Sapino, who were from San Giovanni Canavese and San Martino Canavese, respectively, both in Province of Turin, Piedmont. Chris’s great-grandmother Blanche was of French descent, and was the daughter of Joseph Gillette and Victoria Parisot.

Chris’s maternal grandfather is Richard Edgerly Van Doeren (the son of Charles Anthony Van Doeren and Sarah Joslin “Sally” Edgerly). Richard was born in Oklahoma. Charles was of German descent, and was the son of Henry John August Edward VonDoeren and Caroline Sabina Dietmeyer. Sarah had English ancestry, and was the daughter of Julian Campbell Edgerly and Eleanor Joslin.

Chris’s maternal grandfather is Kathleen Kelly (the daughter of Frederick/Frederic Milton Kelly and Evalyn Loretta Brown). Kathleen was born in Nebraska, and is of Irish descent. Frederick was the son of Thomas Albert Kelly and Mary Annie McCormack. Evalyn was the daughter of Michael Brown and Sarah Flanagan.

Genealogy of Chris’s maternal grandfather, Richard Edgerly Van Doeren (focusing on his own mother’s side) – http://worldconnect.rootsweb.ancestry.com