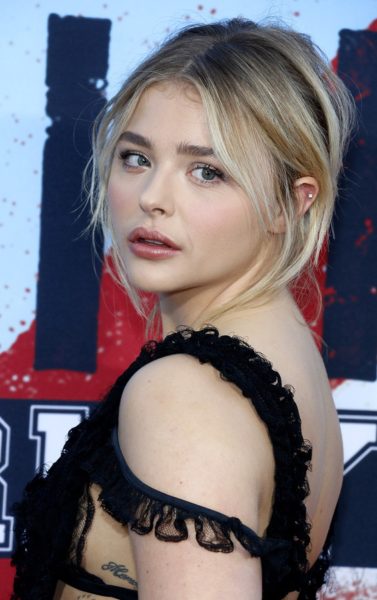 Moretz in 2016, image by Starfrenzy/Bigstock.com

Chloë Grace Moretz is an American actress and model. She is the daughter of Teri and McCoy Moretz, a plastic surgeon. Among her siblings is actor Trevor Duke-Moretz.

She was raised Southern Baptist.

Chloë’s patrilineal line can be traced to Christian Moretz, who was born, c. 1714, in Sachsen, Germany.

Chloë’s maternal grandmother was Janette Duggar (the daughter of James Alvie Duggar and Lois E. Hardy). Janette was born in Georgia. James was the son of Doctor Robert Dugger and Emma Estelle Hilburn. Lois was the daughter of Charles Thomas Hardy and Lou Ella Denson.

Moretz in 2011, image via kathclick/Bigstock.com

Genealogy of Chloë’s father (focusing on his father’s side) – http://worldconnect.rootsweb.ancestry.com

Genealogy of Chloë’s paternal great-grandmother, Maude Elizabeth Leonard (focusing on her own mother’s side) – http://worldconnect.rootsweb.ancestry.com