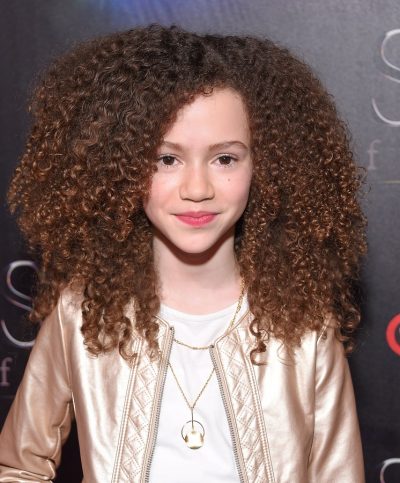 Coleman in 2019, photo by DFree/Bigstock.com

Chloe Coleman is an American actress. She stars in the film My Spy (2020).

She is the daughter of Allison Chase Coleman, an actress, and Stephen Coleman, a camera operator.

Chloe’s paternal grandfather is named Rodney A. Coleman (the son of Clarence Coleman and Reba).

Chloe’s maternal grandmother was Constance Elise Johnson (the daughter of Harry McCrindell Johnson and Rose/Rosalie Ann Psencik/Pseneik). Constance was born in Texas. Harry was the son of Harry McCrindell Johnson and Jean Constance Walker, and had English, Irish, and Scottish ancestry. Rose was born in Texas, to Czech [Moravian] parents, Frank A. Psencik/Pseneik and Albena.